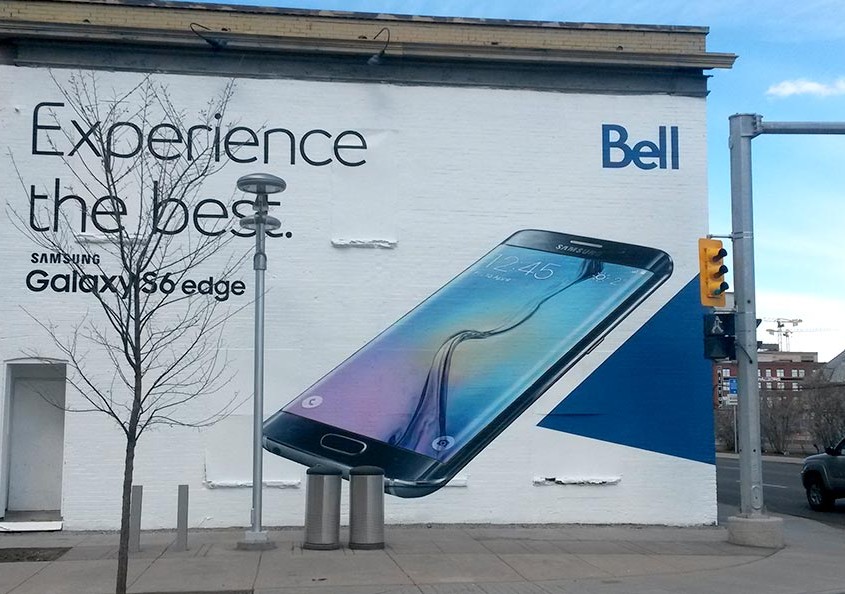 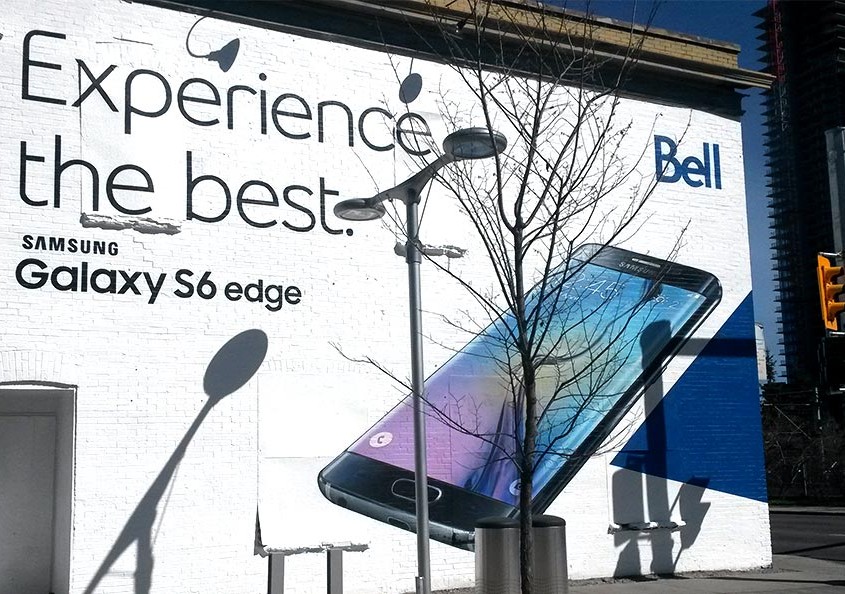 This mural design used a pounce pattern. The image is trace on pounce paper, next a pounce wheel traces the lines of the image; the wheel produces tiny holes where the lines on the paper were. Once that is complete, the pounce paper covers the surface to be pained. Using a pounce pad, which is a special pad saturated chalk dust, we tamp the wall along the lines. This process leaves a chalk line on the wall as the dust penetrates the pounce paper via the holes. In the end, you have your drawing on the wall in small dots of chalk.

Once the underpainting is finished, the HVLP (high volume low-pressure) spray guns are used to add photo realistic detail. Whenever using a paint sprayer we need to be careful, it is easy to get paint on areas you would rather not, and overspray is how you refer to this issue. To avoid overspray, we mask off areas to conceal the finished work from the overspray.

In order to mask off areas that we do not want painted we have a few options. One is freehand it, if you have a steady enough hand and don’t pull down too hard on your trigger you may be able to pull this off. The second is use a masking tool, this could put to use a straight edge tool or for the areas with curves, we have French curves made up out of corrugated plastic. With some proper masking and taping techniques, the mural comes to life.

The most common gun used on murals is a gravity feed HVLP spray gun. The fan size on your typical gun is 1.2 to 9.2 inches. We used a scissor lift for access to the wall, when we are pouncing and painting there can be as much as 3-5 people on the lift at one time. The front end can be pulled out and then give the user more room to work. There is a max person rating for this extra platform.

For over a century, Bell Canada has been a major telecommunications player in Canada. The company has been offering telecommunications and mass media services that touch on the daily lives of all their clients. Most of the people know Bell Canada simply as Bell. The company started its operations in 1880. The name Bell refers to the telephone inventor, Alexander Graham Bell. Up until 1975, Bell was the subsidiary of the Bell System in Canada. The first general manager of Bell was Charles Fleetford Sise who was from the United States.

Bell grew over the years, and by 1914, it has a subscriber base of 237,000 people in Canada. In the subsequent years, Bell grew exponentially, spreading its operations across Canada. In the course of its expansion, Bell absorbed smaller telecommunications companies that offered competition to its business. The operations over the years ensured that Bell spread its operations across the entire Canada. It became one of the largest and most important companies in Canada. Some of the services that Bell offers include voice, internet, voicemail and television services.

Bell boasts of one of the fastest LTE networks in Canada. The company has the fastest network in Canada, and it covers the whole of Canada from coast to coast. The company also sells devices like mobile phones, tablets and sim cards.

Samsung is a large multinational conglomerate that has its headquarters in Seoul, South Korea. Lee Byung-chul formed the company in 1938. The company later grew and diversified into other products like textiles, insurance, and retail. Over the years, the growth of the company saw it enter into electronics and shipbuilding industries. The founder was instrumental in guiding the growth of the company from when he founded it up to his death in 1987. In South Korea, the Samsung brand ranks as one of the most important companies, and the largest conglomerate. It contributes a large part of the GDP of South Korea and employs thousands of people across the globe.

The Samsung subsidiary in Canada features several products manufactured using cutting-edge technology. The products fall under the categories of mobile, TV and AV, appliances and other accessories. Clients can buy products like the Samsung range of smartphones, tablets and wearable devices. Samsung is an international brand, and many people associate it with the best quality. Perhaps, the most recognizable products under the Samsung brand are their smartphones. For example, the Samsung Galaxy line features sleek smartphones like the S6 and S7. All their products have a warranty and feature the best technology. Other products that one can get from Samsung include TVs, refrigerators, washing machines, and home entertainment systems.