You are here: Home / peeta

As custom mural painters ourselves we’re passionate about art, there is nothing quite like 3D artwork or graffiti for that matter. 3D graffiti has existed all over the world for at least 20 years and, like much of street art, concrete history is often difficult to ascertain. By the early 90s, 3D art was becoming more common as graffiti itself started to expand and take in varying influences. Being grounded in something inherently illegal, graffiti often takes in and incorporates existing art, sometimes to the point of plagiarism, so 3D artists draw on any number of influences, from Neoclassicism to the Renaissance, either turning well-known paintings into 3D experiences or lifting the classic and familiar art styles for their own original pieces.

The major style they took, however, is “Trompe-l’œil,” meaning ‘to deceive the eye.’ The style focused on making paintings appear to violate their 2D construction. One notable piece, “Escaping Criticism” by Pere Borrell del Caso from 1874, features a child stepping out of the frame.

At its heart, 3D street art takes Trompe-l’œil’s major themes to heart, the making of the unreal, the falsifying of “real world” experience, whether it be the sudden awareness that one may fall into a bottomless pit or seeing something familiar in a different medium and mode. As with other styles of graffiti, each artist has their own particular approach, but a combination of paint and chalk are usually used for the pieces. Standing at the perfect angle is also necessary to get the full illusion.

And while tons of people are doing 3D street art around the world everyday, here are some of the best and most well-known:

Peeta’s artwork has an amazing write-up in The Atlantic that compares his striking and angular lettering to the New Aesthetic art movement, an art style that takes the digital familiar into the real world, like pixelated sculptures. Peeta has been working as a street artist since the 1993 and mostly focuses on lettering and typography. “I endeavour to realize the sculptural quality of individual letters,” Peeta says of his work in his bio, “I break them from their generic typographical form, stylizing them with shape and volume beyond its mere semantic function. Thus my own lettering is brought into the fluidity of the urban, where words are continuously ruptured from their own histories, readapted into idiom and gestures learned off the street.” In short, he makes letters, an everyday necessity, something unfamiliar. 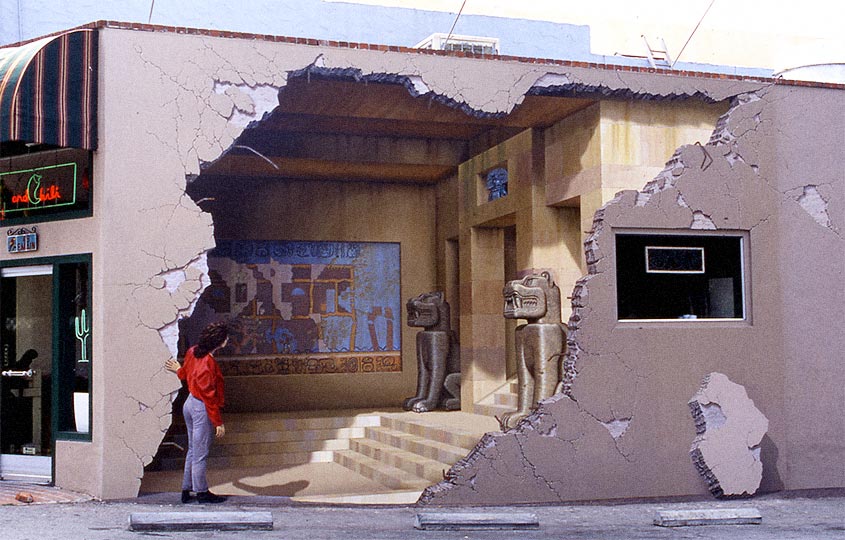 Wenner’s art most obviously takes from the Renaissance, taking familiar tropes and embedding them in the ground for people to look down into. Wenner’s placement itself is interesting. Whereas these classics are often larger than life, or placed so people can look at them head-on or or tilt their heads upwards, putting this style below our usual sight lines is a commentary in itself. Some of Wenner’s most striking pieces use the classicstyle with modern subject matter, juxtaposing a recognized era of “artistic genius” with contemporary world issues. As a former NASA artist, Wenner attempts to bring his hyperrealism to the streets, quite literally. 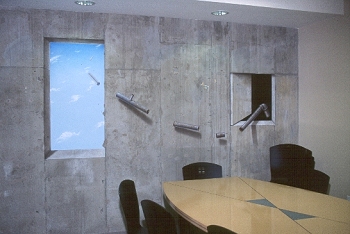 Greg Brown, unlike many other 3D artists, is less concerned with accessibility and more with being open to interpretation. Some of his work uses common pieces, like painting an accent table onto a wall, to mess with the “real.” Others, like “Generosity,” appear as characters openly questioning the viewer. Brown frequently replaces actual in-house decor with 3D painting, making his art at once domestic and unnerving.