When you walk through Kensington Market in Toronto, the last thing you would consider out of character is drawings on the street. The longtime hub for vintage clothing, quirky bars, and hipster dining establishments, the area has built a reputation on being very different from the rest of Toronto. But this year, artist proposals for a road mural caused more than a disagreement, it turned into a fight at City Hall.

Last year, Toronto’s city councilors considered banning road murals, citing that they “place considerable administrative, regulatory, and maintenance burdens on the city.” The decision was met with considerable opposition by local artists and community members, who say public art installations can beautify and bring people together.

With the potential backlash from community leaders and residents in different parts of Toronto, the City decided instead to opt for a pilot program. From August to October of this year, they allowed street mural painting on specific streets in Kensington Market. The designs, materials, and the process would all have to be put through the project for review, but ultimately the program went ahead.

With permission to move forward, the Kensington Market business association found artist Victor Fraser, who stenciled all the paintings for the mural. Community members were then invited to paint in the drawings. A special vinyl paint was used for all of the murals, which is supposed to last for six to nine months and withstand rain, snow, and more.

Artist Victor Fraser decided to highlight Kensington Market’s famous food scene, creating images of fresh foods that draw on computer iconography. “A lot of people work on the computer, and they don’t realize the reality of reality,” he told The Toronto Star in an interview. “I tried to represent their computer styles, which is very choppy, crisp, and hard, and that’s the best way to have vegetables.”

The street murals have now all been completed as of October, 2016 and have each elevated the beauty and artistic wealth of the area, and indeed the city. The collaborative effort at every step, from the fight to have the murals to the design of the items to the interactive elements in their creation, the murals represent how a community can lobby, design, and create something that betters their neighbourhood.

The pilot project may result in four more murals for the Kensington Market area but the idea is spreading to other areas of the city. Community activist Dave Meslin hopes these types of projects will be more common and widespread throughout Toronto. 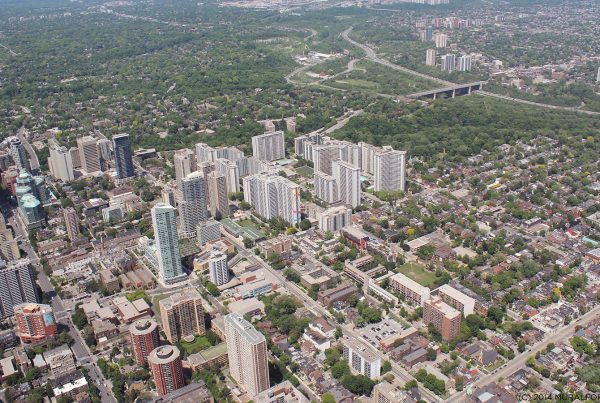